Injection molding is a versatile manufacturing method ideal for mass production. The process involves injecting molten thermoplastics or thermosets into durable metal molds, ejecting the part once it has cooled, and then repeating that process. This allows manufacturers to quickly and economically produce high volumes of identical components that reliably meet strict mechanical requirements.

While factors like material shrinkage — which occurs naturally as the plastic sets — can be fairly easily predicted, slight variations between parts are to be expected. However, it’s crucial that product teams set a precise range of acceptable variation that will allow the part to function as intended. These acceptable ranges of deviation, or “tolerances,” become especially important for larger parts as well as those assembled from multiple components. If the variation between components is not kept within acceptable limits for standard injection molding tolerances, they may not fit together at all and parts may not function as intended.

Here are some injection molding tolerance guidelines that designers and engineers can follow to optimize part tolerances:

Anticipating tolerance concerns early in the design phase is key to preventing costly and time-consuming redesigns during later stages of production. To minimize the potential for warping and part misalignments, designers should ensure that they are adhering to design for manufacturability (DFM) best practices. DFM principles entail designing parts with the specific method of manufacturing in mind. The manufacturing method — and its unique restrictions — should inform factors such as wall thickness, draft angles, and design features like bosses.

Maintaining uniform wall thicknesses throughout a part is key to preventing uneven shrink rates, which can lead to deformities that inhibit the part’s ability to hold tight tolerances. In many cases, design features like support ribs are more efficient and effective in providing strength than increasing wall thickness.

Draft angles — the slight taper applied to part surfaces aligned with the direction of pull — are essential for ensuring that the component ejects easily from the mold without warping or suffering scrapes. Appropriate angles naturally vary based on part design and the desired surface finish, but 1.5-2 degrees of draft is generally a safe minimum for most injection-molded parts.

Bosses are raised part features commonly used to fasten multiple plastic components together during assembly. If bosses are designed too thick, they can cause sink marks on part surfaces. Furthermore, if bosses are not attached to the sidewalls of a part (typically done via support ribs), they become prone to distortion or warping, which can significantly impede components’ ability to fasten together.

2. Select the ideal material for the application

The tolerance of injection-molded parts can also be significantly impacted by material — which is why material selection is equally as important as part design. Injection molding is compatible with a wide range of plastic resins — whose mechanical characteristics can be strengthened or modified with additives, fillers, and stabilizers. The flexibility of material choice afforded by injection molding is highly beneficial for product teams, as it enables them to refine and enhance the material and performance qualities they’re seeking for a specific application.

It’s important to note that different resins have different shrinkage rates — which must be factored into both material selection and the design of molding tools. If part assemblies include components made from more than one material, the different shrink rates need to be taken into account to guarantee that the individual pieces fit together as intended. Having a clear understanding of the various properties of particular resins is key to ensuring consistent plastic injection-molding tolerances.

Because mold tools are typically designed to be slightly oversized — to account for material shrinkage — it’s important to first determine which material(s) will be used. Well-designed tools play an integral role in ensuring that parts cool properly and adhere to strict injection molding tolerance standards. 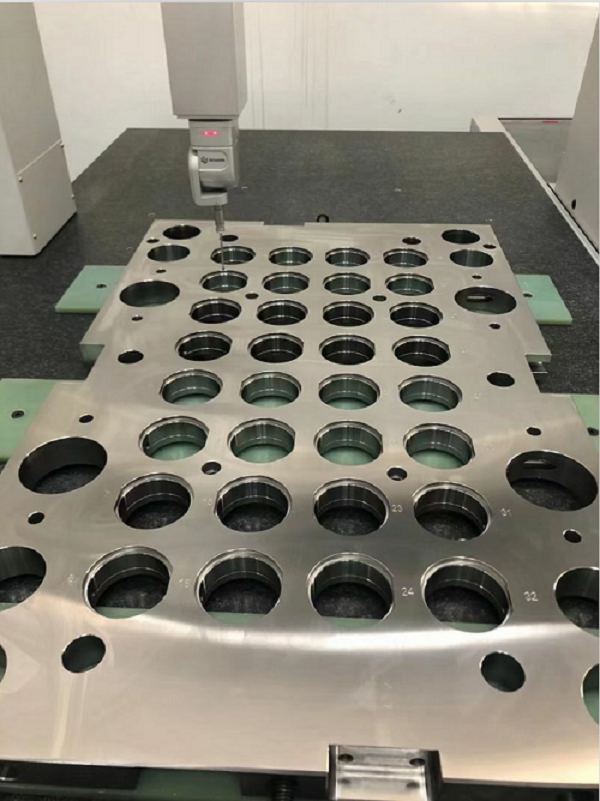 Mold tooling needs to provide consistent, repeatable heating and cooling between shots —  otherwise tight tolerances will be difficult to maintain, which is especially important to keep in mind as parts (and tools) increase in complexity. Poor or inconsistent cooling can lead to significant deviations from tolerance requirements. By monitoring injection pressure, resin viscosity, and fill time, engineers can track and adjust production variables to ensure proper pressure, heating, and cooling during the injection process.

Determining an ideal location for the gate (the aperture through which resin flows into the mold) further helps to prevent uneven fills and minimize improper shrinkage and warping. Complex injection-molded parts may require more than one gate to ensure even fill distributions and proper cooling. Likewise, the location of ejector pins can impact dimension consistency, as some materials may not be fully rigid when removed from the mold (often to minimize cycle time). Placing the pins so that they minimize warping and damage to surface finish is vital.

While the tolerances of the tooling itself are typically very tightly controlled (and CNC-machined molds allow for a degree of refining if they are not producing components within acceptable tolerance), this is another important consideration that product teams should double check.

Manufacturing processes involve a significant number of variables that can affect the viability and quality of a part, and process controls are a means of calibrating these variables so as to minimize deviation.

Plastic resins generally have higher thermal expansion coefficients — meaning that they are more prone to changing in size as temperatures change. As such, parts with tighter tolerances often need to be measured at consistent temperatures to ensure dimensional consistency and performance.

While some degree of variation is inescapable in manufacturing, ensuring that these deviations are kept within acceptable ranges is crucial for producing high-performing, dimensionally consistent parts. Reliable, repeatable processes, high-quality mold tooling, and optimizing part designs for manufacturing are key for guaranteeing accuracy and consistent part-to-part quality.

Partnering with an on-demand manufacturing expert like Chapman maker is a surefire way to ensure that part designs are optimized for production and will adhere to strict dimensional tolerances. Our team brings decades of technical expertise to each production job. We’re not simply a service provider — we’re a full service partner committed to delivering end-to-end support from design and prototyping to production and fulfillment. Every job we take on is executed at speed and held to the highest quality standards. Ready to get started? Contact us today.

To learn more about injection molding — starting with the basics — or to explore the full range of manufacturing capabilities that Chapman maker offers, visit our learning center at www.chapmanmaker.com.